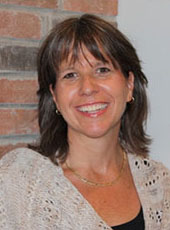 Amy McGrath, M.A., RP,OPC Dipl. Psych, OSP, CAPT, holds a Masters in Sociology. She is a Clinical Member of The Ontario Society of Psychotherapist (OSP) as well as holding a membership with The Canadian Association of Psychodynamic Therapy (CAPT). Amy is also a Registered Psychotherapist with the CRPO.

Her training began in obtaining her Bachelors of Theology with a concentration in both Pastoral and Theological studies.  She then spent 8 years as a counselor and Program Director for a long-term residential drug and alcohol rehabilitation facility.  She continued her studies, obtaining a second Bachelor’s of Arts Honours degree in Sociology and then her Masters in Sociology from York University in Toronto. She entered the OPC Program in September 2003 and graduated in May 2008.

Amy began a private practice in psychotherapy in the St. Catharines and Niagara areas in 2004. She continues to conduct individual therapy, couples therapy and group therapy in the region.

She teaches and facilitates learning groups, residencies and provides clinical supervision to the OPC training therapists and graduates. 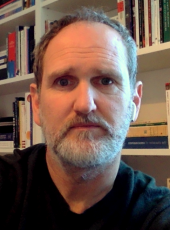 Scott Petrie, M.Ts., R.P.  Scott is a Registered Psychotherapist, Certified Clinical Trauma Specialist (CCTS-I), member of the College of Registered Psychotherapists of Ontario and Canadian Association of Psychodynamic Therapy. He is the Assistant Educational Director, Faculty and Clinical Supervisor at OPC.  He lectures on Ethics and Professional Practices and the Psychodynamic Psychotherapy Model of Practice. Scott’s interest in Eastern philosophy has led him to explore the many intersections between eastern and western conceptions of the self which continues to inform his clinical work with dissociation and the effects of trauma upon the structure of the personality. 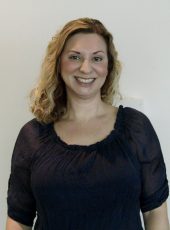 Sonja Scheer, OPC Dipl. Psych., RP, Member CAPT. Sonja is a member with The Canadian Association of Psychodynamic Therapy (CAPT) and is a Registered Psychotherapist.

Sonja has had several careers and it all began with dancing at a young age in Germany where she worked as a performer, and a dance and fitness instructor. Sonja taught Jazz, African Jazz, Modern Dance and fitness classes. She choreographed dance productions and fashion shows and in 1994, Sonja moved to Toronto and studied dance and psychology at York University. Throughout her education and career, Sonja worked in the hospitality industry and held positions as a general manager, event coordinator, auditor, advisor, and trainer in several European countries and Canada.

After many years of her own personal individual, couple, and group therapy, Sonja began her training in psychotherapy at OPC. She started her private practice in 2014 and conducts psychotherapy with individuals, couples and families.

Sonja joined the OPC Program staff team in 2014 as a teaching assistant. She became Registrar of the OPC Program in 2017 and she teaches and facilitates learning groups and seminars. 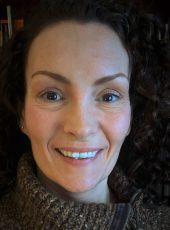 Prior to training as a psychotherapist, Paula earned a PhD in Anthropology from McGill University with a focus on political violence and war, collective trauma, and women’s mental health.  Paula also completed a postdoctoral fellowship in the Social Aetiology of Mental Illness program (SAMI) at the Centre for Addiction & Mental Health (CAMH). She has held various teaching, research and administrative roles within the post secondary educational sector.

Paula joined the OPC staff as a teaching assistant in 2020 and faculty member in 2021. 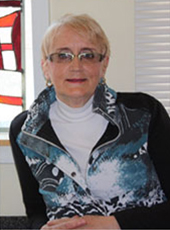 Barbara Dewar, RP, CAPT. Barbara is a member with The Canadian Association of Psychodynamic Therapy (CAPT). Barbara is also a Registered Psychotherapist with the CRPO.

Her original training for becoming a psychotherapist began with social work at Humber College and continued over many years with Therafields, the University of Toronto, and with other associations of professional colleagues.

Barbara has conducted a psychotherapy practice for over 28 years with individuals, groups, couples and families and is presently active in all of these areas. She was the Educational Director of OPC until August 2016 when she stepped-down and became Associate Faculty.  Barbara continues to be an active member of the OPC community and faculty and still teaches at the residencies, facilitates learning groups and supervises at the OPC Program.

She has  co-authored an essay with Sandra Campbell on the Esprit Networking practice called, “From intersubjective psychotherapy to Esprit Networking: Mapping a social practice”. The book is titled Learning Toward An Ecological Consciousness, edited by Edmund V. O’Sullivan and Marilyn Taylor and is published by Palgrave Macmillan of New York (2004). She also has many publications on the OPC website.

Barbara has also conducted several yearly mid-life retreat for spring renewal and for the exploration of new visions for the next year.

Barbara was the founder and Educational Director of OPC from 2001-2016. In August of 2016, Barbara stepped down from the position of Educational Director; however, she is still actively involved in OPC as a Supervisor, Associate Faculty and Learning Group facilitator. 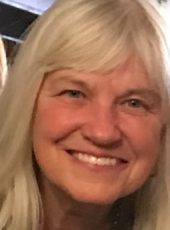 Heather Lee Kilty holds a Ph.D. in Health Services. Her original training began with a diploma in Social Services, from which point she went on to get her B.A. and then her MEd. from Harvard University.

Heather is a published author and the co-founder of Stress & Wellness Enterprises.  She works as a consultant, motivational speaker and is currently on Faculty at Brock University.

Heather has had a counseling practice since 1980 in stress management, grief work, career counseling, addictions and positive conscious living.

Heather joined the OPC Program as an Adjunct Faculty member in January 2007. 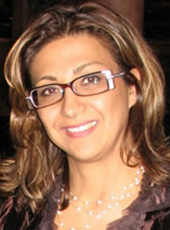 She then joined the Medical Departments at Dupont Pharma, then Bristol Myers Squibb (in Canada and the UK) and most recently Vertex Pharmaceuticals.   Her specialities have been in the field of viral infections with specific focus on HIV, Hepatitis B and Hepatitis C.

She has a great deal of experience teaching  and conducting workshops for physicians, interns, residents, pharmacists, nurses, treatment advocates and educators on numerous topics on drug therapies.

She joined OPC in 2004 and is currently in supervision.  She has also been on the OPC faculty responsible for conducting the pharmacology workshops for the OPC associates since 2011. 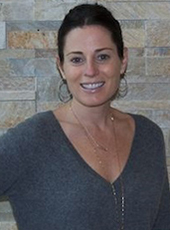 Tracy began her career as a social worker in 1997 helping individuals, families and groups adjust to life altering injuries including acquired brain injuries, spinal cord and orthopedic injuries. She is a medical-legal expert in the field of rehabilitation medicine. She has offered her services to a diverse clientele across the continuum of care working in hospital programs, community support programs and in private psychotherapy practice. 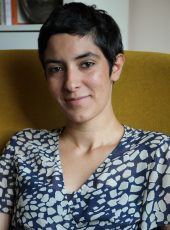 Tala El-Achkar, MEd, RP, OPC Dipl. Psych, CRPO and CAPT Member.
Tala’s interest in healing work comes from an inherently multidisciplinary place. She completed a Bachelors of Sociology at the University of Guelph and a Masters of Sociology and Equity Studies in Education at OISE, University of Toronto (now known as an MEd in Social Justice Education). She joined the OPC Program in 2012, while simultaneously working on her Masters. This cross-pollinated an exploration of trauma and avenues for healing from an equity perspective. Her final concentration– Race & Racial Identity: Understanding the Impact in the PPMP–was the culmination of these experiences.
Her psychodynamic psychotherapeutic approach and private practice are deeply rooted in an intersectional lens that centers varied ways of knowing. She emphasizes working with the presence of collective, intergenerational, and relational threads, and sees the breath and the body as vehicles for integrating memory and accessing movement.

Tala rejoined OPC in 2019 as a Teaching Assistant, and in 2020 as lecturer and facilitator of Critical Diversity Workshops. 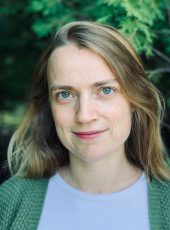 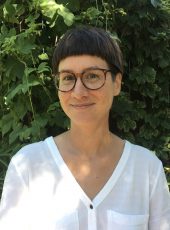 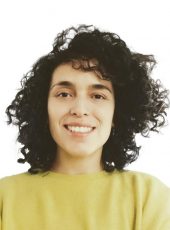 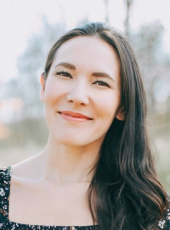